From you to me… 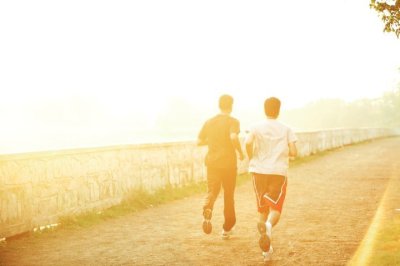 The first movie review of my blog and it had to be this gem of a movie called Udaan.
Udaan was this year’s official selection in the Un Certain Regard at the prestigious Cannes Film Festival and that itself had created a lot of buzz about this movie and I am so happy to state that it has lived up to  all expectations.
Udaan revolves around Rohan, a 17 year old kid who gets expelled from his boarding school and has
to return to his hometown, to his father who he has not met for the last 8 years. Rohan comes
back to the rude shock of finding a complete stranger in the form of his father – an emotionally detached, emotionally damaged sadist who tramples over Rohan’s dream of becoming a writer, and forces him to study in an engineering college, and subsequently help him out at his not-exactly prospering steel factory.
What follows is a brave-hearted teenager’s tale of how he overcomes all hurdles, of how he gets beyond a father who asks him to ‘stop flying, and keep his feet on the ground’ and finally break all shackles for the flight of his life, the flight of his dreams.
Udaan is everyone’s film, especially if there has been a single moment of friction between you and your father. One cannot help but feel the connect with the movie in various scenes, many, which people might feel, to be straight out of their lives. The frustration of a father, his own concerns, of earning well and parenting his kids, the angst  of a rebellious teenager who is fed up of his dominating dad, the caring paternal uncle, the silent younger brother.. Udaan is realistic in every sense of the word.
What’s even more beautiful is the way the movie has been treated. Shot at a modest production cost, Udaan more than makes up by the beautiful cinematography and screenplay. Crisp and effective, the scenes will stay on with you long after the movie has ended. Each frame, each shot, so laboriously put together that the entire movie feels like a poem, like one of those the protagonist, Rohan recites during the movie.. Udaan unwinds at it’s own pace but never bores you. Udaan is poetry it motion.
Two thumbs up to Vikram Motwane for his eye for detail in this outstanding debut feature. Hats off to Anurag Kashyap for backing Vikram and such a beautiful story with everything he could. Hats off to the casting director, Jogi for such apt casting for each and every role and special mention to Satyanshu whose poems have been used in the movie.
The selection of Jamshedpur as the location where the story unfolds is another brilliant choice, with the city feeling like a character in the story- leading to the different situation in the film. The steely, cold, industrial feel of Jamshedpur complements the father, Bhairav Singh’s cold, icy demeanour. Also interesting is the fact how Udaan later turns to be a sub-story of two sets of brothers – Bhairav and his brother, Rohan and Arjun. One could go on with the metaphors used in the movie, and I leave it to you to discover and relish the numerous metaphors used – right from Bhairav Singh’s Ray-ban glares which never leave his eyes to morning jog, used so aptly throughout the movie.
Udaan makes you laugh, it makes you cry. The end is open to all kinds of theories and assumptions, and that is Udaan’s true victory. It does not imply anything, it just narrates a story in the most beautiful manner.
Coming to the cast, Rajat Barmecha is first rate as the young Rohan, just having crossed over to the adolescent stage of his life, craving for love, attention and freedom and coming to terms with life’s realities. Ayaan Boradia who plays Rohan’s step brother, Arjun is another delight – his eyes say it all.. fantastic choice.
The true show-stealer, however, was Ronit Roy who had the guts to accept and perform such a complex role as that of Bhairav Singh. He is just brilliant! It was very easy to let this role look like a caricature, make the audience completely hate the character but Roy gives a very human touch to the character of the seemingly tyrannical Bhairav Singh, giving us a faint idea of why he is that way, never redeeming himself but enough to make the audience’s heart go out to him in those few scenes. Ram Kapoor lends able support and the supporting cast is great.
All in all, Udaan is a must watch if you are a cinema-buff – because THIS is what true cinema is all about- this is what storytelling is, this is how a story soars – how it takes Udaan
Rating – *****
Do NOT miss this one!